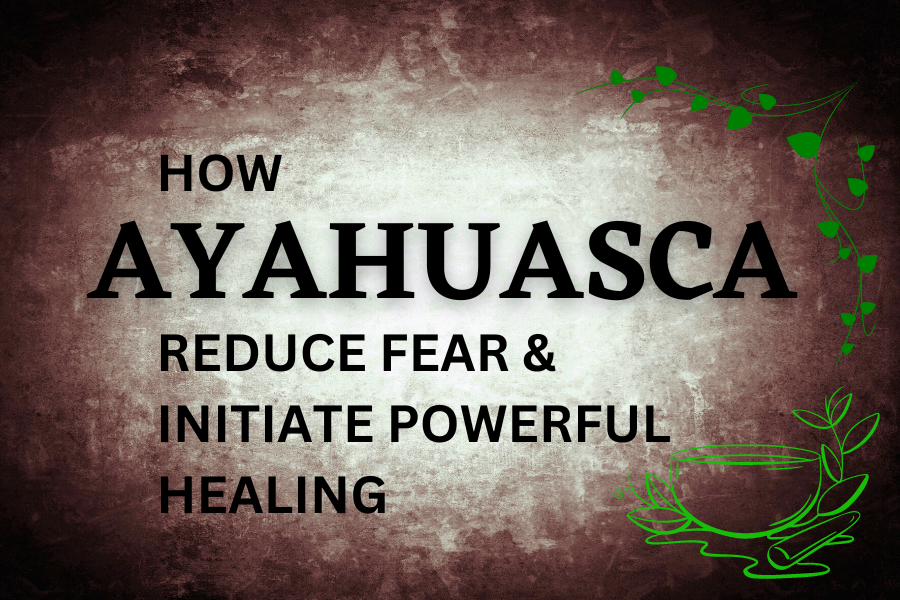 To drink ayahuasca and embark upon a vision quest is a courageous choice, but the influence of the plant mixture can be terrifyingly real and harshly address deep fears and inadequacies of the participant. Many seekers have used the plant mixture to heal and release long-held fears.

A Preacher’s Son and His Revelation

Adam Elenbaas, a preacher’s son from Minnesota had an amazing vision quest in Peru, taking part in more than fifty sessions over the course of several trips to the jungle to drink the dark potion.

He describes, in detail, how many of the various teaching from his Christian background and the broader society that he grew up in had instilled various complex fears in him.

These religious-based fears along with personal traumas that he experienced throughout his lifetime such as sexual abuse by an older boy and an uneasy relationship with his parents, specifically his father, caused him a great deal of pain that he looked to assuage through ayahuasca.

His experience with ayahuasca allowed him to deal with some of the demonic forces that had plagued him his life.   He jubilantly explains his personal experience and how his transformation began in the following passage:

“It was as if all of the existentialist philosophers I had read and loved had instantly become people no different from me, revealing suffering for what it often is: a collective state of being, something we each feel despite our stories and reasons, not because of them.” (Elenbaas, 28)

An Ayahuasca Purge Can Initiate Transformation 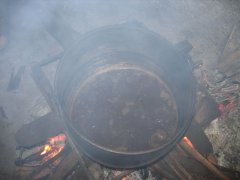 Elenbaas asserts that “ayahuasca teaches us that fear is not an opponent and that life itself is an ally.” (Elenbaas, 33)

Whether actual demons, or the painful results of compounded stress, there was a great deal of purging to be done of his past that he found to be cathartic.

He was not alone in purging and finding ways to let go of many fears. In fact, accounts of ayahuasca consumption often include purging where participants vomit or, in some cases, defecate.

In Kira Salak’s account of an ayahuasca purge in her article “Peru: Hell and Back” she looked into her puke bucket to see a viper than she had expelled. The viper was very real for her, as if she were vomiting the manifestation of sick energy inside her in the form of this snake.

DMT and the Natural Rhythms

In the words of Padmani, a yoga teacher and spiritual seeker: “ayahuasca and other plant medicines have the ability to reunite human consciousness with natural and supernatural rhythms. Taken with the correct intention, they can help catalyze a profound shift in our all-too-limited take on things. With the radical deepening and broadening of perspective comes a new brand of happiness—the real stuff that lasts.” (Padmani, 112)

It is getting in touch with these deeper rhythms, which allows a happiness that can blot out much of the irrational fear that many people experience on a daily basis. Many fears we suffer from come from an inability to see reality in a truer and deeper sense. This true vison of reality is that we are all woven into a universe that is interconnected and benign at its core.

Adam Elenbaas eloquently explains how fear and healing have been divorced from each other in much of the Western world. In the following passage he explains how the two are intertwined:

“If we are not taught how to face fear through rites of passage, by our elders, by ceremonies, or guiding hands, then we are skirting our social responsibility, and future generations will be missing the proper tools to face fear when it comes, from the wilderness, the job a romantic relationship, the street, the government, or from people who try to take something from us that doesn’t belong to them. Without knowing how to face fear, we cannot heal. The two things are the same.” (Elenbaas, 38)

Facing the Fear of Death

Jay Griffiths, who chronicled her time spent with the Aguaruna—an Amazonian tribe that has used ayahuasca—in her book Wild: An Elemental Journey says they have an interesting take on fear because of ayahuasca.

The fear of death, which is the most terrifying aspect to many people, is not a major concern of the Aguaruna. They see death as “crossing to the other side.” (Griffiths, 18)

This crossing to the mysterious side of existence, beyond life, is likened by the tribesmen to the act of crossing a river. Through experience with ayahuasca the some of the mystery of death is removed, allowing the participants to gain a greater sense of what death means in life.

This has the ultimate byproduct of displacing some of the basic fear which all human beings must come to grips with. Those who lose fear of their own demise live more freely.