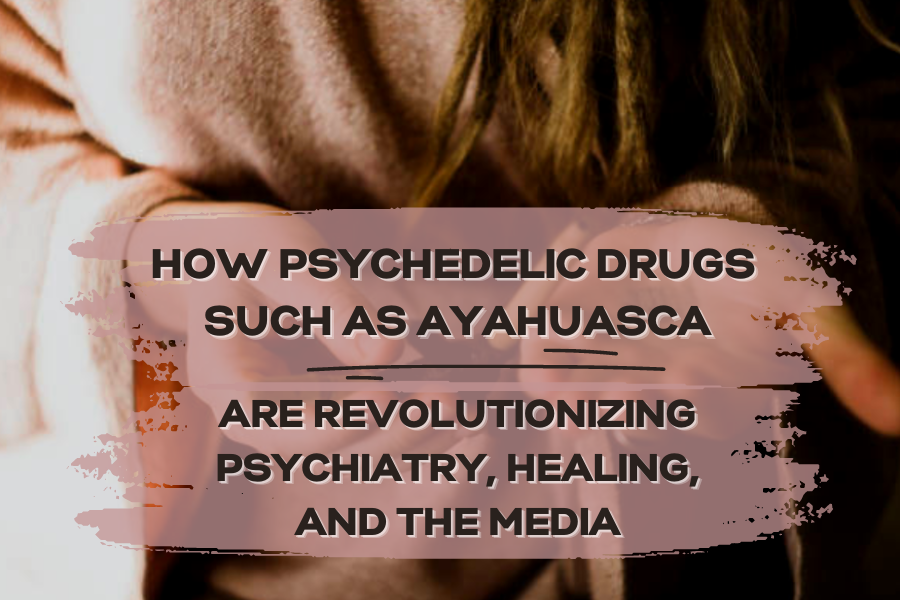 Ayahuasca is fast gaining momentum as an alternative form of health treatment, and the world is taking notice. In fact, you can buy ayahuasca to ship worldwide here.

Psychedelics have been a source of fascination and fear for decades.

Psychedelic healing and psychiatry could be a revolution in human consciousness, but will it be one that people can access? Understanding psychedelics through scientific research and traditional indigenous use will ensure people find them safe, effective, and helpful.

The Media’s Highlight on Psychedelics 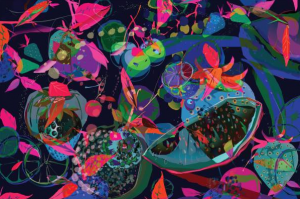 The media has played an important role in shaping public opinion about psychedelic drugs. In the 1960s, the counterculture movement in the United States was fueled by psychedelics like LSD and psilocybin, which provided access to different states of consciousness and altered perceptions of reality.

These substances were also used by writers, artists, musicians, and other cultural figures to produce some of the most influential works of the time.

Psychedelics are currently enjoying widespread popularity in the media, especially after several high-profile celebrities publicly endorsed their use for improving mental health and well-being.

Nonetheless, these discussions miss the scientific evidence on these substances. The media needs to be a resource for people exploring psychedelics and their use in treating mental health conditions.

The information is out there, but the media hasn’t emphasized the positive effects it could have in treating some conditions. People looking for alternative modes of treatment must understand these substances’ potential benefits, risks, and side effects.

In his article for the New York Times, Michael Pollan wrote about his experience taking ayahuasca, the psychedelic brew made from a vine that grows in the Amazon. “The experience was so profound that at times it seemed more real than my everyday waking consciousness,” he wrote.

Netflix’s How to Change Your Mind, a four-part limited docuseries based on Michael Pollan’s book of the same name, guides viewers through the history and promise of psychedelics. Divided into episodes on lysergic acid diethylamide (LSD), psilocybin (better known as magic mushrooms), MDMA (also known as ecstasy), and mescaline by prominent experts, this series covers all you need to know about these mind-altering substances used for healing since ancient times.

The show presents the potential of psychedelics to treat mental illnesses such as anxiety, depression, post-traumatic stress disorder, and obsessive-compulsive disorder. Pollan’s show also explores research showing that psychedelics, which are not addictive and do not cause death in overdose cases, could help many people improve their lives. 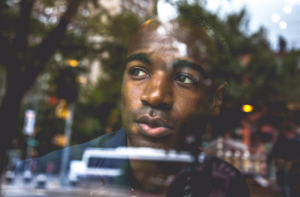 Ayahuasca’s therapeutic benefits are thought to be linked to its psychodynamic properties. The experience induces changes in self-perception and identity, often leading to spiritual insight and emotional catharsis.

A person’s repressed memories are made conscious, allowing for restructuring and possible healing.

The person becomes aware of his past experiences, which can help them to develop insight into his current problems and symptoms. This may lead to reduced symptoms or even complete remission from them.

Because ayahuasca creates access to these inner structures through vivid visualizations, fantasies, and dreams, it often fosters an increased sense of connectedness with others and nature, which may lead to greater acceptance of one’s personal history and life circumstances.

Countries Have Adopted the Use of Psychedelics

When the Canadian government announced it would allow physicians to request restricted psychedelic drugs for patients as part of their psychotherapy, it was a watershed moment in medicine.

Canada’s move is a positive step toward transforming mental health care. It’s not only that psychedelics are effective in treating depression, PTSD, and addiction. It’s also that they can do so without causing the same physiological harm associated with other drugs.

Research shows that their effects are more akin to meditation or sensory deprivation than alcohol or cocaine. Psychedelic therapy involves more than just taking a drug — it includes meeting with trained professionals who guide patients through their experiences and provide support afterward.

The results have been impressive. A recent study found that 80% of cancer patients with anxiety or depression who took psilocybin experienced lasting relief from their symptoms weeks after treatment. Another showed that LSD-assisted psychotherapy could help people quit smoking after decades of trying, and yet another showed that ayahuasca could help people overcome addiction and alcoholism. 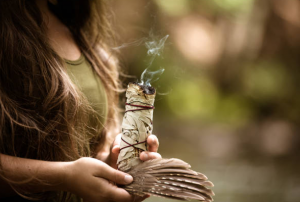 A psychedelic medicine used for centuries by indigenous tribes of the Amazon, ayahuasca is now being studied as a treatment for depression, addiction, and anxiety.

People in the Amazon have used the psychedelic brew for centuries as a spiritual tool. Now scientists are studying its potential therapeutic benefits for treating mental health problems.

Ayahuasca is made with two plants: Psychotria Viridis and Banisteriopsis caapi. The former contains DMT, which can produce hallucinations and other psychedelic effects when consumed orally or injected intravenously. The latter contains MAOIs that inhibit the breakdown of DMT so that it can remain active in the body longer.

Ayahuasca is typically consumed as part of a ceremonial functional known as an ayahuasca retreat. Participants might fast before ingesting the brew, which can cause nausea, vomiting, and diarrhea. However, some people report pleasant effects such as heightened senses and spiritual insights during their trips.

No clinical trials have been conducted on ayahuasca’s effectiveness in treating addiction or depression thus far; however, some promising results from initial studies found positive effects on mood and addiction symptoms after consuming ayahuasca in controlled settings.

When medical practices shift toward alternative treatments, it’s no surprise that psychedelics have become a popular subject in the news. The surge in popularity of alternative medicine has been driven, in part, by increased demand for non-traditional approaches to healing and growing dissatisfaction with traditional methods.

One of the most promising new trends is the use of psychedelics as a treatment for mental disorders like depression and anxiety. In the 1950s and 1960s, millions of people took LSD — which can produce intense hallucinations — for recreational purposes.

After widespread abuse became apparent, LSD was banned by the U.S. government in 1968; however, research into its possible therapeutic uses has continued ever since.

We can’t say what the future holds for psychedelics. But we know psychedelics are already changing lives. Some people have overcome trauma.

At the same time, people have used ayahuasca to treat mental health conditions like depression and addiction and even understand their consciousness.

But suppose we want to live in a world where these drugs are available to all who need them. You can order ayahuasca kit here

In that case, we need more research into how they work and how safe they are—and better media coverage that doesn’t vilify psychedelic healing as hippie nonsense.

The medical benefits of psychedelics may well be a revolution in human consciousness. But will it be one that people can access? Only time will tell.