Are you wondering which is better between ayahuasca and mushrooms? Are you still weighing on whether you get the former or the latter?

Ayahuasca and mushrooms are considered psychedelics. Both create similar experiences and have similar effects on the user which makes it more difficult for users to decide which between the two should they get.

If you are curious to know the difference between ayahuasca and magic mushrooms then this page is for you. In the next sections, I will differentiate the two and give you a list of their differences and similarities, so you can decide which of the two suits you better. 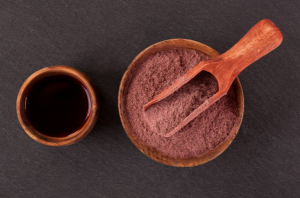 Ayahuasca is a psychedelic brew that is native to Amazon. It is a combination of Banisteriopsis caapi vine and other plants like Psychotria Viridis or Diplopterys cabrerana. The DMT from P. Viridis is behind the intense psychoactive effects of ayahuasca.

Meanwhile, B. caapi contains several alkaloids that act as MAO inhibitors like Harmaline, Harmine or d-Tetrahydroharmine which is necessary for DMT to be orally active which leads to mind-altering experiences.

One has to prepare himself weeks before partaking in an ayahuasca ceremony. The Ayahuasca preparation usually includes avoiding certain foods like processed food, dairy products, fermented foods, and red meat. It also suggests that one avoids certain activities like sex. One also has to follow a certain diet after the ayahuasca ceremony. Check out this page for more details about ayahuasca la dieta.

The potency, strength, and psychoactive effect of the brew highly depend on the shaman’s skills and the ingredients used. Ayahuasca is typically used in traditional ceremonies for spiritual or healing purposes in Amazonian Peru, Ecuador, Colombia, Bolivia, Western Brazil, and other regions of the Río Orinoco.

Ayahuasca ceremonies are usually led by a shaman or a curandero. The growth of organized syncretic religious movements such as Santo Daime, União do Vegetal (UDV) and Barquinia promote the use of ayahuasca’s popularity throughout South America.

What is Magic Mushrooms? 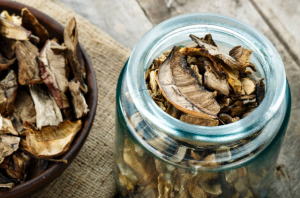 Magic Mushrooms refers to any fungus that contains the active compound psilocybin or its derivative, psilocin; there are at least 200 different species that grow in various regions around the world. People often refer to them simply as ‘shrooms’.

Other historical research also shows that the Aztecs also used psilocybin mushrooms. The Florentine Codex, a 16th-century history of New Spain describes how The Aztecs used psychedelic mushrooms (which they called “teonanácatl”, or “god’s mushroom”) in their ceremonies.

Unlike ayahuasca, mushrooms can be consumed without the addition of anything else. You can add them in a tea or eat them raw. You can get creative and add it in your favorite meal whether it’s pasta or pizza. Mushrooms are orally active due to the extra OH group present on psilocin. The polarity caused by OH enables it to survive digestion.

In this section, I will compare the two in terms of uses, effects, and similarities. So, without further ado, let’s get started. 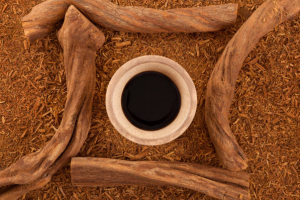 Both ayahuasca and magic mushrooms are psychedelics with therapeutic potentials. In this section, you will notice the obvious similarities when it comes to their benefits because both — magic mushrooms and ayahuasca — can help treat similar conditions. Aside from similar health benefits, here are some factors where the two are alike.

When one takes ayahuasca or mushrooms, they can expect to experience hallucinations or changes in perceptions. It alters one’s state of consciousness, perception and mood. It can affect numerous cognitive processes. Some referred to the process when one is under its influence as psychedelic experiences or “trips.” One may experience good or bad trips.

Ayahuasca contains DMT which is structurally similar to Bufotenin, Serotonine and Psilocin and Psilocybin(1)https://www.zamnesia.com/blog-psilocybin-vs-psilocin-the-differences-n767, the active chemicals in magic mushrooms. Thus, they deliver similar psychedelic effects.

Ayahuasca and magic mushrooms can help one in treating addiction, anxiety, depression and PTSD. Yes, if you are struggling with any of the aforementioned conditions, you can try either of the two to improve your condition.

According to research, psilocybin has potential indications in improving depression, obsessive-compulsive disorder, and quitting smoking, alcohol addiction and cocaine addiction. It can also help with cluster headaches and cancer-related or other end-of-life psychological distress, Healthline(2)https://www.healthline.com/health-news/benefits-of-medical-mushrooms#The-state-of-psilocybin-research- reported.

Another Pubmed(3)https://pubmed.ncbi.nlm.nih.gov/29366418/ study by Jonathan Hamill, Jaime Hallak, Serdar M Dursun and Glen Baker concluded that ayahuasca may be useful in treating various psychiatric disorders and addictions. They also found out that the side effects are relatively mild. The researchers were convinced that the government regulations for ayahuasca should be relaxed, so it could be provided more readily to recognized and credible researchers to conduct comprehensive clinical trials.

3. Both are Schedule I substance

Ayahuasca’s DMT(4)https://www.medicalnewstoday.com/articles/306889# and magic mushroom’s psilocybin(5)https://www.dea.gov/sites/default/files/2020-06/Psilocybin-2020.pdf are considered Schedule I substances under the Controlled Substances act. It means that there is a high potential for abuse and there is no currently accepted medical use in treatment in the United States.

Also, since they are Schedule I controlled substances, they are considered illegal to manufacture, buy, possess or distribute.

4. Both come with risks

Since both deliver psychedelic effects, one has to be cautious when taking it because there are also horrible stories linking both psychedelics to disaster or even death.

The consumption of ayahuasca in religious ceremonies or the typical ayahuasca trip usually includes vomiting, diarrhea, paranoia and panic attacks. It is considered normal and temporary. However, they can be extremely distressing.

This plant medicine has the tendency to worsen psychiatric disorders such as schizophrenia and may also increase heart rate and blood pressure which may result in dangerous side effects. There were also reports(6)https://www.ncbi.nlm.nih.gov/pmc/articles/PMC6007657/ about death associated with ayahuasca including an alleged homicide. The circumstances are generally unclear and related to shamans adding additional plants with increased toxicity to brews or inappropriately screening patients for drug interactions.

The same risks can be said about magic mushrooms. Just like ayahuasca, it has the potential to cause serious and permanent psychological problems.

“Psilocybin is a lot more psychologically dangerous than cannabis, and it’s especially dangerous for a small percentage of the population who have had an episode of psychosis or mania, manic episode, or even, say, a close family member whose had those problems because it can trigger a psychosis or manic episode in a person who is vulnerable to that,” said Dr. George R. Greer, co-founder, and president of the Heffter Research Institute(7)https://heffter.org/, a non-profit research center that focuses on the therapeutic uses of psychedelics, particularly psilocybin.

It can also increase blood pressure or or irregular heartbeat. And a bad trip or negative experience can also push individuals to their deaths. According to Healthline, there were documented cases of individuals jumping to their deaths or behaving erratically in a way that endangers themselves.

Ayahuasca has been used by the indigenous societies of the South American Amazon in traditional rituals. They considered the combination of B. caapi and P. Viridis as a sacred concoction brewed by shamans 1,000 years ago. Traditionally, the plant brew has been employed for purposes of magic, healing, purging, divination, hunting, agricultural strategizing and strengthening communal bonds.

Meanwhile, mushrooms have a distinct shape among sacramental plant medicines, EtheoNation(8)https://entheonation.com/blog/ayahuasca-vs-magic-mushrooms/ reported. In the Mayan artifacts, they have been ritually used some 2,000 years ago. Yes, like ayahuasca, the psychedelic mushrooms have a history of sacramental use to communicate with deities and for healing. Many also seek psilocybin ceremonies and retreats for spiritual healing and evolution.

Both ayahuasca have ceremonies and involve one’s intention. The same thing can be said on mushrooms. These things might affect your overall experience. 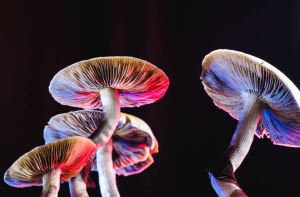 Mushrooms are often compared to Lysergic acid diethylamide (LCD) and ayahuasca. Although ayahuasca and mushrooms have a lot of things in common there are also things where they are different. In this section, I’ll give you some factors where the two are definitely not the same.

Ayahuasca and psilocybin both produce internal chemical similarities when ingested but they are different in the fact that ayahuasca is a mixture of different substances (usually P Viridis and B caapi) and chemical compounds. Meanwhile, the magic mushroom’s main psychoactive compound stems from only one source — psilocybin. Although they have different compositions, both consist of active forms of tryptamines.

Although they deliver similar results, ayahuasca and magic mushrooms have different psychoactive ingredients. Magic mushrooms contain psilocybin rather than the DMT and beta-carbolines which are present in ayahuasca brews

Here’s a table to summarize ayahuasca and mushrooms’ differences from Retreat Guru(9)https://blog.retreat.guru/ayahuasca-vs-mushrooms:

Originally found only in the Amazon.

Documented as an Aztec sacrament

Psilocybin mushrooms are found all over the world. 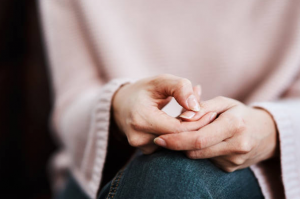 Ayahuasca and magic mushrooms have similarities and differences when it comes to how people use them. Here’s an overview of how they are utilized.

Ayahuasca is popular in addressing various conditions including the following, according to WebMD(10)https://www.webmd.com/vitamins/ai/ingredientmono-1550/ayahuasca. There is insufficient evidence for it due to lack of studies, but those who used it claimed that it did help them with the following:

According to modern research, psilocybin could help a variety of conditions, such as:
Research has shown that psilocybin has the potential to treat a range of psychiatric and behavior disorders, but it has yet to receive FDA approval. However, here are some conditions that it is popularly used for. 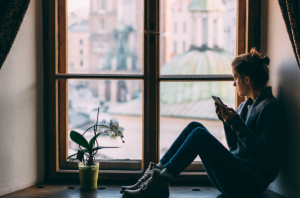 Ayahuasca vs mushrooms, which between the two is better in terms of effects? In this section, I’ll give you an overview of what happens when you take ayahuasca and psilocybin mushrooms. You might notice that the effects of ayahuasca are similar to that of the magic mushrooms.

Ayahuasca offers potential health benefits and here are the effects of ayahuasca when you take this brew with psychoactive substances. You will experience physical and mental changes after drinking the ayahuasca tea due to the compounds and chemicals present in the brew.

The effects of ayahuasca also include visual hallucinations that may include the following:

The mushrooms containing psilocybin are known as magic mushrooms and here are the reported effects after taking them, according to Medical News Today (https://www.medicalnewstoday.com/articles/308850).Most are physical effects that you will experience shortly after the mushroom consumption.

Just like the ayahuasca experience, magic mushrooms could alter the users’ sensory perception and the changes include the following:

• Sharper colors, shapes, and sounds
• Halos or rainbows around objects
• Geometric patterns in the field of vision
• Synesthesia
• Time dilation

Ayahuasca and mushrooms are historically, chemically, and experientially similar in the sense that both are used for psycho-spiritual healing and growth. They are used in the same way and deliver similar results and effects.

Overall, the effects of ayahuasca and magic mushrooms are the same. Ayahuasca use or mushroom consumption both produce a psychedelic experience. They can improve mood, enable users to see visions, experience profound joy or loneliness, help with addiction treatment, see the world in another view during the trip, and more.

However, if you only have to choose one, mushrooms are more convenient because they can grow almost anywhere and you can take them as is without mixing them with other plants. Only you can decide what’s best for you. If you wish to learn more about ayahuasca, you can visit our home page.