Do you know that you have to avoid some foods and medications for a safe ayahuasca experience? Are you aware that combining ayahuasca with some food or medication may result in serious contraindications?

If you are planning to join an ayahuasca ceremony, you’ve got to look after your diet weeks before and after your trip. The South American hallucinogenic plants contain DMT (N, N-dimethyltryptamine)and monoamine oxidase inhibitors (MAOIs). DMT is responsible for the hallucinogenic effects of ayahuasca brew similar to what one experiences when taking psychoactive drugs.

However, it is not safe to combine with other foods and medications. So, you have to avoid

If you wish to learn more about ayahuasca MAO inhibitors especially the, then you should continue reading.

What is Ayahuasca MAOI 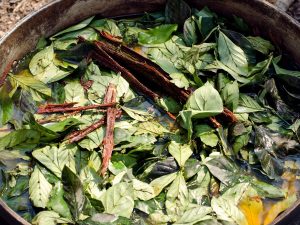 Ayahuasca is a traditional psychoactive sacrament that has been used in Amazonian shamanic rituals for hundreds of years. It is notorious for its psychedelic properties produced from the combinations of N, N-dimethyltryptamine (DMT) and monoamine oxidase inhibitors (MAOIs).

The aforementioned alkaloids are also called beta carboline which is widespread in plants and animals and acts as GABA inverse agonists. Yes, As a component of B caapi, the beta carboline constituents of ayahuasca are harmine, harmaline and tetrahydroharmine which play a pivotal role in the pharmacology of the indigenous psychedelic drug. It prevents the breakdown of DMT in the gut by reversibly inhibiting monoamine oxidase making it psychoactive upon oral administration when drinking ayahuasca

Yes, the orally inactive tryptamines (N, N-dimethyltryptamine) in ayahuasca are orally activated in the presence of MAOIs or monoamine oxidase inhibitors extracted from the Banisteriopsis vine. MAOI can be used to potentiate most classes of tryptamine and many other drugs.

The potent experience of ayahuasca is due to the combination of DMT and MAO inhibitors. The bodies contain MAO, an enzyme that quickly responds to DMT and breaks it down when taken orally reducing its lifespan. MAOIs prolong the duration and increase the intensity of DMT pharmacological effects. They also interact with a host of other drugs and should be used with caution.

Ayahuasca MAO inhibitors allow the body to absorb DMT. The DMT provided by the Psychotria Viridis leaves is not orally active due to the MAO enzymes, which is located in the guts. The enzymes break down the DMT before it enters the bloodstream.

In the ayahuasca brew, the B. caapi vine provides monoamine oxidase inhibitors, which temporarily and selectively suspend the barrier provided by these enzymes allowing the DMT to be absorbed. There are two enzymes MAO-A and MAO-B and they are naturally found within the human gastrointestinal tract. The MAO barriers are a safety mechanism that protects you from a range of mildly dangerous foods like a slice of aged cheese that might just know you out.

Ayahuasca is considered MAO-inhibitor, but it is actually a RIMA. However, there are significant differences between MAOI and RIMA. First, MAOIs last much longer and may take a few days to a few weeks while RIMAs could only last a few hours after ingestion. Also, RIMA shows a more selective inhibition process than its synthetic counterparts. The differences explain why there are no known fatalities caused by ayahuasca as opposed to deaths associated with synthetic MAOI drugs.

However, eue to the properties of monoamine oxidase inhibitors, there can be serious drug interactions that may be of concern among patients who participate in ayahuasca ceremonies. 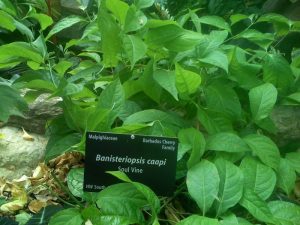 Ayahuasca brew is a powerful combination of medicinal plants and there are over 200 documented ayahuasca recipes in creating it but most include the Banisteriopsis caapi vine, along with leaves of the chacruna (Psychotria viridis) or chagropanga (Diplopterys cabrerana) plants.

The chacruna/chagropanga contains the entheogenic DMT molecule (N, N-Dimethyltryptamine), and the Aya vine inhibits the body from instantly metabolizing it and stopping its visionary quality of this medicine. But the presence of MAOI (monoamine oxidase inhibitor) makes it works temporarily.

MAOIs can inhibit metabolizing substances like tyramine and tyrosine which can build up in the body for up to three days and has the potential to create a toxic reaction like heart palpitations, headaches, and changes in blood pressure. That’s why foods with a significant amount of L-Tyrosine and Tyramine should be avoided days before the ceremony.

There are serious side effects that one has to consider when taking ayahuasca. For instance, it is risky for one to take ayahuasca especially if they are taking antidepressants due to its DMT content which may lead to serotonin syndrome.

DMT is orally inactive and only activated by the presence of MAOIs extracted from the Banisteriopsis vine in ayahuasca. The prescription of MAOI antidepressants in the medical profession has led to a detailed review of common medications, drugs of abuse and foods to avoid.

Many drugs do not mix well with ayahuasca, so you have to take extra care especially if you are taking certain pharmaceutical drugs as the contraindications can be very serious. In general, antidepressants, marijuana and all recreational drugs are not safe to take with ayahuasca.

The contraindications could be as serious as follows:

If you are taking antidepressants and other medications, here’s a list of possible drug interactions that you should look out for.

Foods To Be Avoided 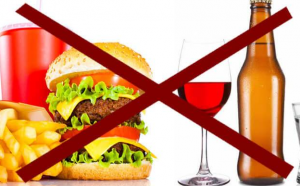 Basically, foods that are aged, preserved, dried, fermented, pickled, cured (meats), rancid, old, outdated, overripe, or even slightly spoiled. You also need to stay away from most oils and fermented foods, including caffeine, alcohol, sugar and more.

Continue reading to learn more about the foods that you should avoid when taking MAOIs:

Three days before the ceremony, it is recommended that you avoid:
• All medications and supplements
• Fluoride toothpaste
• Synthetic soaps
• Perfumes
• Toiletries

Drugs And Medications To Avoid 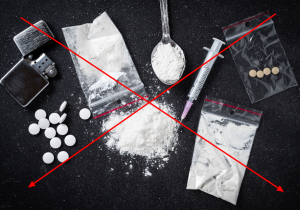 Is it really dangerous to combine some pharmaceutical drugs with Ayahuasca?

YES. Unlike food interactions, whose consequences are unlikely to be serious, interaction with pharmaceutical drugs and meds (including some over-the-counter drugs and certain herbs) can be potentially life-threatening.

Which Drugs Are Dangerous With Ayahuasca?

How Long Do They Need To Be Avoided?

You have to avoid the foods and drugs mentioned above between 24 hours to six months depending on how it may react to ayahuasca. For instance, antidepressants should be avoided eight weeks before the ceremony.

Pork, marijuana and all recreational drugs are best avoided two weeks before and after your ayahuasca trip. Meanwhile, prescription drugs, citrus fruits, alcohol, caffeine, dairy products, fermented foods, protein extracts and more should not be consumed a week before and after the ceremony.

For those who are taking other medications, it’s best to consult your physician to be safe.

Is It Really Important To Avoid Those Foods?

Yes, one must follow the recommended ayahuasca dieta because the plant medicine is notoriously purgative that’s why most participants experience the sensation of nausea and vomiting during the ceremony.

It’s part of the deep cleansing when you experience the power of Mother Aya. Plus, following the dieta offers other benefits like the reduced amount of gas, bloating, and digestive discomfort to name a few.

However, it could conceivably be life-threatening for a person with severe high blood pressure or serious heart disease. People with these conditions, therefore, should follow the MAOI safety diet very strictly when taking Ayahuasca.

Furthermore, sticking to the restrictive dieta regime helps you and your spirit to take the medicine’s work seriously. It demonstrated devotion and strength needed for the extremely challenging journey.

Yes, sticking to a restrictive regime can be challenging, but sticking to it adds to your self-esteem. It also sends a message out to the plant spirits that you are serious with the shamanic healing.

What Can I Eat? 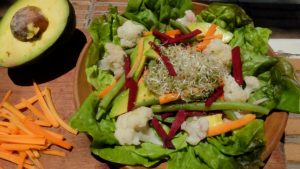 In terms of the MAOI safety diet, foods that are as fresh as possible, not overripe, preserved, or spoiled in any way are good and safe to consume. Since there are a lot of things to avoid when it comes to pre-ayahuasca diet, here is a list of the foods that are fine and safe when you drink ayahuasca.

You have to be careful with the food and drugs you consume if you are planning to join an ayahuasca ceremony because it is made of Banisteriopsis caapi and Psychotria Viridis which contains monoamine oxidase inhibitors and N, N Dimethyltryptamine (DMT), respectively. There are certain foods and medications that you need to avoid to keep the experience safe because the contraindications can be life-threatening.

For those taking antidepressants and other prescribed medications, it’s best to consult your physician if it is safe for you to take the brew. You might need to stop your medication for weeks. Also, there are serious contraindications like serotonin syndrome. So, better consult your doctor instead of taking your chances especially if you have medical history.

If you wish to learn more about ayahuasca, check out our  homepage.