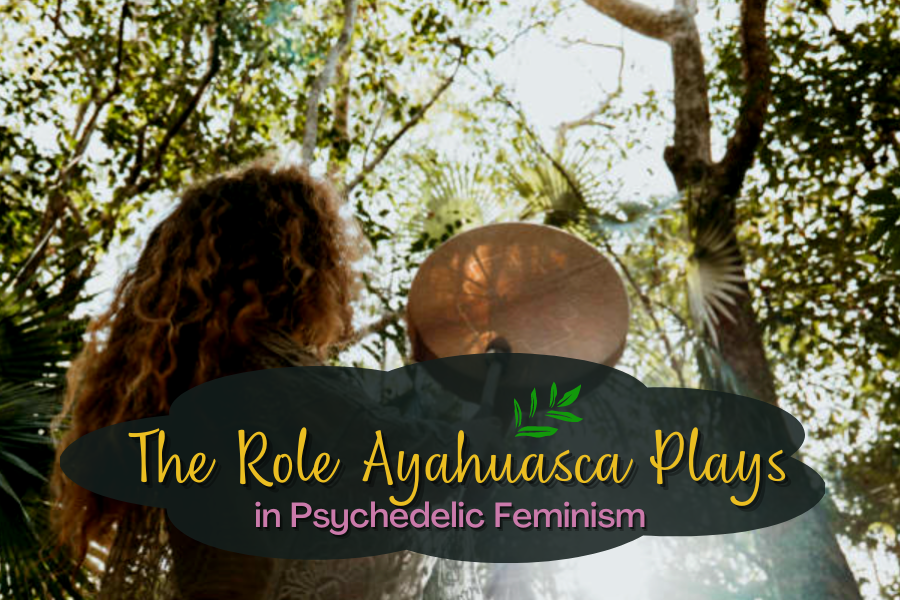 As soon as you get interested in ayahuasca, you’ll find that communities and ceremonies are very male-centric (or androcentric).

From the shamans to the setting, everything is extremely masculine and doesn’t consider women who may be attracted to the psychoactive brew.

Psychedelic feminism enters and changes the narrative. This movement promotes gender diversity in psychedelic practices, and when it comes to ayahuasca, more females are going the extra mile to heighten their consciousness.

What Is Psychedelic Feminism? 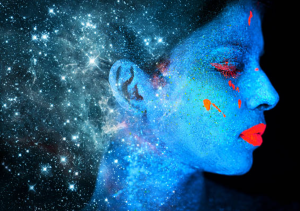 Psychedelic feminism recognizes the gender disparity in the psychedelic field and seeks to create a balance. The movement encourages women to rediscover themselves, growing and healing with the help of psychedelic trips.

Zoe Helene(1)https://en.wikipedia.org/wiki/Zoe_Helene kick-started ‘psychedelic feminism’ to teach women how to embrace the life-changing power of sacred psychedelic plants. For one, ayahuasca can help women find meaning and purpose in their day-to-day lives.

Through ayahuasca and other hallucinogens, more ladies are exploring their minds as they identify, observe, and deal with feminist issues in a new light.

Ayahuasca, as one of the classic psychedelics, is a sacred feminine plant that helps women understand their worth and power in uncovering unhealthy habits and choices and transforming their future through better decisions.

Is Ayahuasca Good For Women? 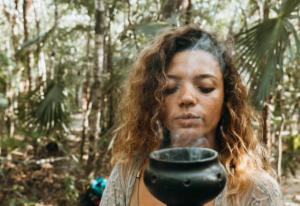 Communing with ayahuasca has shown several women a new dimension of projecting their essence to the world.

In the same vein, this mystic psychedelic has helped women confront their fears, release pent-up emotions, and receive all sorts of healing.

With the help of psychedelic feminism and other related movements, women have created a bond with a common goal: seeing themselves as allies rather than their worst enemies.

As a sacred feminine plant, ayahuasca has brought many females together to explore their divine femininity. Psychedelic feminists (such as Zoe Helene) and female shamans (such as Karina Garcia Rios) are organizing retreats and forming communities dedicated to the ayahuasca journeys of the female gender.

Helene, through Cosmic Sister, offers grants to women interested in plant medicine to experience the mystical nature of these powerful plants.

In addition, female-only retreats are organised to protect women from being taken advantage of while in an altered state of mind. Reports of male shamans sexually abusing women in their vulnerable state have made it crucial for women to stick to female-run retreats. 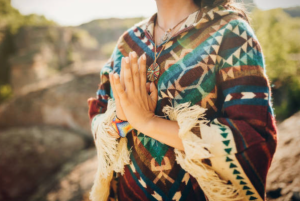 In most trado-indigenous Amazon communities, shamanism is a male-dominated vocation, as few women took the roles of healers known as onaya or curanderos.

For instance, in the Shipibo community, women were more of a support system. They took up non-shamanic duties like using non-psychedelic herbs to heal diseases, preparing the ayahuasca brew, and sometimes acting as spectators or caretakers for ayahuasca drinkers.

Women were seen as unfit for the demands of shamanic roles based on several factors.

Also, fertile women were seen as a distraction to the communication flow between a shaman and the spirits. So, shaman apprentices were isolated from women and required to abstain from sexual activities during their training.

Again, pregnant women were not allowed to drink the brew to avoid harming their fetuses. Women were only permitted to contribute to shamanic activities after their fertile years (i.e., menopause).

Secondly, they perceived shaman apprenticeship as strenuous for women. They saw women as weak in character and flesh, lacking the willpower to follow the strict requirements of their vocation.

Finally, the patriarchal structure limited women to taking care of the home. Men could go away for weeks to care for ailing patients, but women couldn’t do the same.

This doesn’t suggest that female shamans have never existed before recent times. In other societies, like the Czech Republic, women were shamans, but only gifted older women practiced shamanism.

Following the boom in psychedelic awareness, the Western focus shifted to mystery plants of the Amazon and other parts of the Americas. Tourists trooped to the forests to experience the benefits of the famous ‘ayahuasca’ and ‘peyote.’

The small number of shamans couldn’t serve the crowd; that’s how traditional women saw an opportunity to infiltrate male-centric domains. So, the rise of female shamans (or shamankas) in the Amazon and contemporary societies was mainly tourist-driven.

The Current Reality of Female Shamans 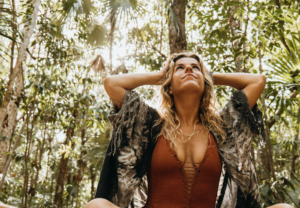 Some indigenous women who have experience in shamanism, or come from a family of shamans, are using their knowledge to earn a livelihood—all thanks to the influx of curious foreigners.

Others were prompted to train as shamans to protect their family’s health since they could not afford a shaman’s fees when a family member was sick.

The remaining shamankas feel called by ayahuasca to administer the spirit plant to people going through life issues. So, today, we see indigenous and foreign shamankas slowly breaking down patriarchal structures and projecting themselves to balance the once male-dominated profession.

These women have defied the presumptions of women being too weak to be shamans. Most shamankas have proved to be better than their male counterparts in understanding and healing their patients.

And thanks to ayahuasca’s feminine energy, women can easily communicate with the plant and use care, patience, kindness, and gentility to administer its power.

To reiterate, female participants in ayahuasca ceremonies claim that tripping with a female shaman gives them a sense of safety and nurture that they couldn’t feel with a male shaman.

The maternalistic nature of a woman is better suited for shamanistic purposes. They can efficiently steer the ceremony, unlike men who may get distracted by a woman expressing her sexual energy while under the influence of this all-powerful psychedelic.

Again, the alleged sexual assaults of women by male shamans have made female shamans a safer alternative for women interested in ayahuasca retreats and ceremonies. It’s a no-brainer.

The Upcoming Trends And Future Of Female Shamans

Today, female shamans are breaking barriers and pushing the frontiers of indoctrinating women into shamanism.

Women are no longer spectators but have become medicine women, even to the extent of organizing and presiding over ayahuasca ceremonies.

As more people seek ayahuasca, female-trained shamans continue to spring up to help women gain understanding and recognition in shamanism.

The female shamanistic movement is gaining momentum across America through retreats, seminars, and communities. 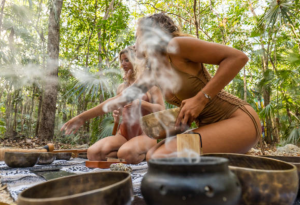 Like in most male-dominated fields, women have to fight their way up to get recognized for their contributions.

When Westerners became interested in Ayahuasca, men dominated the field of research and wrote their findings on the mystic plant.

Social programming has limited the female gender from taking a front seat in studying ayahuasca and other psychedelics.

But through organizations like Cosmic Sister(2)https://www.zoehelene.com/ and Women’s Visionary Congress(3)https://visionarycongress.org/, women are evolving and involving themselves in the field of ayahuasca research.

Shamanistic entrepreneurs like Florence Bollini(4)https://finance.yahoo.com/news/florencia-bollini-shaman-entrepreneur-211321217.html are fighting the stereotype by training a network of female shamans to help reclaim women’s rights as competent healers.

From her study of ayahuasca ceremonies, she discovered that male shamans administered psychedelics with ego, which is ironic for a psychedelic that promotes ego death. She introduces a new way of administering the brew in small progressive amounts and without ego.

Another girl power is Karina Garcia Rios(5)https://pulitzercenter.org/id/node/16315, who is the only female shaman in her community.

Through her nonprofit organization (ISA WENI: Art, Culture, and Traditional Medicine Association of the Shipibo community), she educates people on the importance of reforestation and cultural preservation of the ayahuasca plant.

Zoe Helene of Cosmic Sister crowns it all. Not only did she introduce the concept of psychedelic feminism to empower women, but she also advocated for the protection of declining ayahuasca plants.

Through Cosmic Sister, she has financed progressive women with grants to participate in genuine traditional ayahuasca ceremonies, incorporate their experiences into their lives, and relate their knowledge to helping other women.

Ayahuasca is often described as a loving mother—a feminine power that cares for all genders. Whether you’re male, female, old, or young, ayahuasca is always here for spiritual, mental, and emotional support and growth.