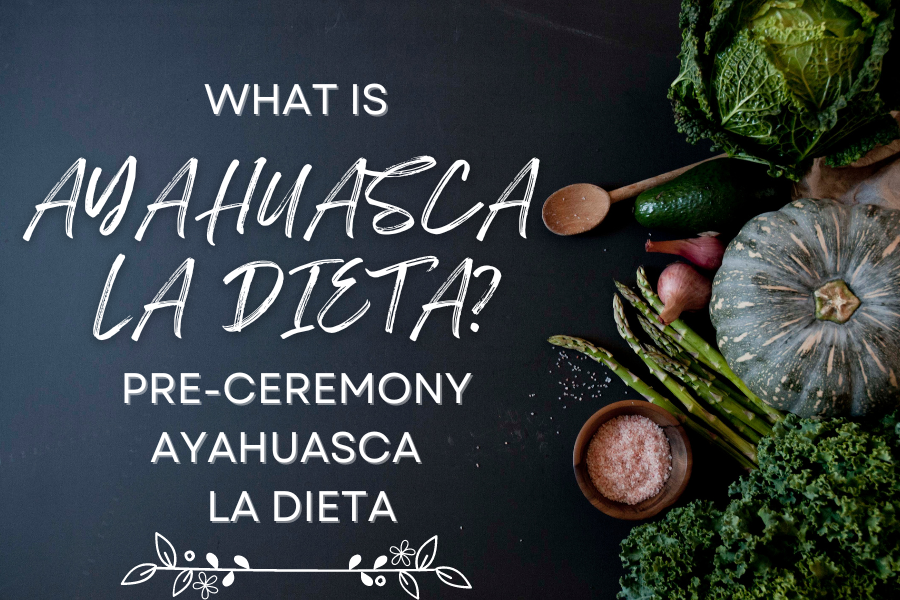 Looking for information about the pre-ceremony Ayahuasca La Dieta. Here’s everything you need to know on what’s it’s all about and instructions on how you should prepare yourself.

What is Ayahuasca La Dieta? 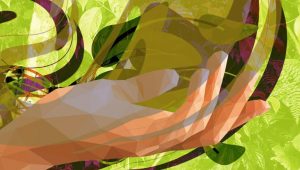 Known as “la vegetalista dieta” or simplified as “la dieta”- the pre and post ayahuasca ceremony restrictions reflect what you eat but also goes far beyond.

Dieta instructions will vary somewhat, depending on the shaman, but all share a common theme:

If you consume the usual Western diet, you may be in for a rude awakening when you start with your dieta. While the list looks tidy and innocent, there’s actually a lot that you need to avoid, making solid meal planning mandatory to avoid “accidentally” breaking la dieta. We want the maximum possible benefits from la Madre, and that means as clean a slate as possible. 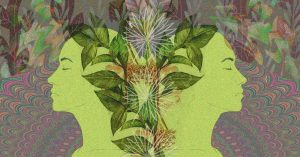 Dieta instructions are both practical and spiritual in nature. The Ayahuasca vine (Banisteriopsis caapi) is well known for its ability to act as a monoamine oxidase inhibitor (MAOI).

Normally, MAO within the human gut prevents oral dimethyltryptamine (DMT) from having any effect. Psychotria viridis and other Amazonian relatives provide DMT that, when combined with the ayahuasca vine, can be ingested orally for an experience far more intense than smoking or even injecting it.

However, by inhibiting MAO from doing its job, neurotransmitters like dopamine, serotonin, and tyramine are also going unregulated within the body. Because many of these chemicals contribute to feelings of wholeness and well-being, this is generally a good thing.

But many have secondary functions as well. Tyramine is of special concern as it’s an important regulator for blood pressure – and many foods the dieta specifically mentions we avoid are high in tyramine.

Citrus fruits (also overripe fruit in general), dried fruits, fermented and pickled vegetables, and animal products that have been aged, dried, fermented, or cured in a way that allows for room temperature storage, like sausage and cheese.

All of these are high in tyramine, which your body will process normally – unless something with a MAOI like the ayawaska tea prevents it. This can lead to a hypertensive crisis of unregulated blood pressure that’s a serious medical emergency!

Forgetting during a meal here and there during the dieta phase isn’t cause for alarm. but if you make no effort in maintaining the proper diet, you are putting yourself at risk by drinking ayahuasca. 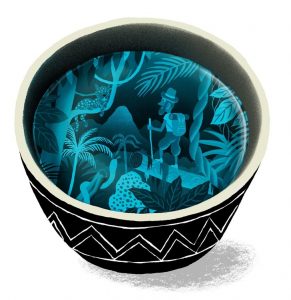 La Dieta goes beyond food and medicines to avoid: many ayahuasqueros suggest mental cleanses as well.

Avoiding social media and digital screens in general for a couple of days before the ceremony is a great practice for grounding oneself and heightening self-awareness and mindfulness of mental states.

Meditation is an excellent compliment to ayahuasca (and life in general), be it breath, awareness of thoughts, or some other form.

Depending on the length of your ceremony and your needs as discussed with the shaman and their assistants, you may have further or less restrictions. 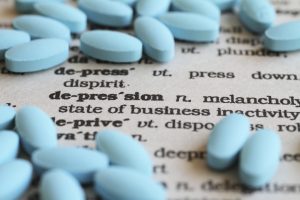 There are specific La Dieta instructions on prescription medications such as SSRIs and hypertension medicines.

Antidepressants or other medications that contain MAO inhibitors and serotonin uptake should be avoided.

Inhibitors are also necessary to avoid for at least 2 weeks out for most dieta programs for the same reason.

Your body’s neurotransmitter levels need to stabilize before and after your ceremony to avoid health consequences.

Meat as a whole is off-limits not only due to physiological interactions with MAOIs but spiritual reasons as well.

Given the source of most industrially produced meats and the suffering and disregard for the natural ecosystem involved, distancing yourself from these processes is to the benefit of all, even if just for a few days.

Toxic substances like modern preservatives and carcinogens deemed “safe within tolerances” are also allowed to naturally dissipate before being eventually purged during the ceremony itself.

Depending on the specific instructions of your ayahuasquero, certain fish may be allowed and poultry is generally allowed. Some shamans suggest going fully vegetarian or vegan for additional benefit.

Pork is another dish that, despite being a “white meat,” is not to be consumed. Pork is traditionally regarded as “unclean” in religious cultures worldwide so it’s no surprise to find it strictly off-limits during the dieta period. 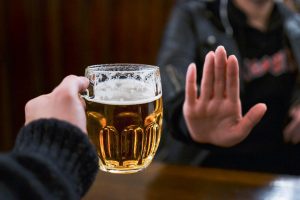 Drugs goes beyond the obvious yet socially acceptable ones such as alcohol and cannabis, or hard drugs like cocaine.

While tea may be allowed, caffeine is meant to be moderated to excluded, placing sugary, caffeinated drinks like Coca-Cola or richer drinks like coffee off-limits.

If you’re a weight lifter, many supplements contain additives like L-tyramine and N-Methyltyramine HCL, which both interact poorly with MAOIs. Avoid using these as part of your fitness routine during la dieta.

While other drugs like Tylenol may not have any impact on your ceremony from a health standpoint, it’s generally recommended to avoid any over the counter medicine because there’s no way a shaman can know precisely how every single drug will interact with MAOIs and DMT.

If you absolutely can’t go without a certain medicine, bring it up with your shaman and don’t try to hide it or lie by omission; your health and their reputation is at stake.

Drug cleanses are also of mental and spiritual benefit: seeing how poorly you feel when going without cannabis or caffeine is an indicator that you’re dependent physically or mentally.

And as countless individual testimonies show, one of the greatest healings la Madre can offer is the breaking of patterns related to addiction of all kinds.

The prohibitions around any form of sexual release is a tradition as old as time that’s a lot more difficult to explain from a purely materialistic, scientific perspective.

While one can speculate on hormonal imbalances and the possible benefits of sexual abstention, we can only really tackle this from the spiritual dimension.

Abstaining from all forms of sexual conduct has several spiritually oriented explanations given, depending on your ayahuasquero 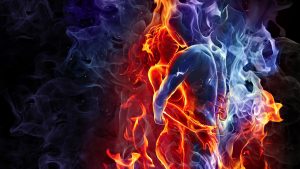 The energetic component of our being is being manipulated at a deep level when under the influence of ayahuasca.

While nebulous terms like “energy” and “chakras” may cause people to doubt, anyone who’s ever undertaken a ceremony knows there’s far more to us than what materialistic understandings have to say.

As a former materialist, let me just say that you may actually feel your energies being manipulated during a ceremony.

Having stuck to the sexual prohibitions, I felt the shaman’s chants working through my root chakra and redistributing energy through my system. Had I not kept la dieta, there may not have been enough energy for my ayahuasquero to work with.

The concepts of purity are somewhat at odds with modern, secular understandings but are deeply important in all traditional beliefs.

And considering what we know and understand of how ayahuasca affects the sexual energy of a person, it’s entirely possible that inappropriate sexual conduct can have disastrous effects on both you and your partner.

Remember that the effects of the ceremony don’t end the moment you leave the retreat, no more than surgery means you’re instantly out of bed.

Keep la dieta and let your liberated energies continue to do their work as directed.

This one’s a bit easier for modern minds to digest. Self control and self-discipline are concepts we’ve heard our entire lives and do have value here.

Seeing where addictions lie is a major benefit of the dieta: why is it so hard to abstain from the things we like?

Do we rule ourselves or do our fleeting desires rule us? La dieta is the test of your resolve for a better “you;” a test as old as time that’s somehow always a challenge. 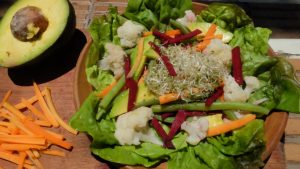 Fruits and vegetables either fresh or prepared in a simple manner are your friends here.

Better get used to them now because this is what you’ll be mostly eating for the duration of your retreat.

Specific foods most dietas tell you avoid include citrus fruits but other shamans may also include overripe fruits as a whole (high in tyramine), dried fruits, garlic, avocadoes, soy products, and any fermented or pickled plant products.

Noodles, rice, and bread are starchy compliments to the vegetable-based dieta. Oil-cooked and fried foods in general are to be avoided, leaving boiled, steamed, baked, and microwaved dishes some of the best options along with simply eating fresh.

Spicy foods like chilis and black pepper are also not allowed, but spices in general like turmeric and cinnamon are not only okay but mandatory given how plain your eating will be.

Salt and sugar range from in extreme moderation to not allowed, depending on the instructions of your ayahuasquero. 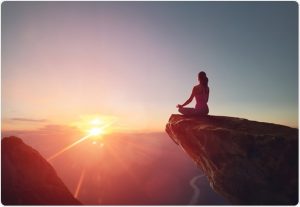 Meditation is of considerable benefit during both la dieta and the ceremony itself.

What you put in is what you get out of most psychedelic experiences. While la Madre is strongly oriented towards teaching and healing, your mental state matters as much as the medicine, ayahuasquero, and setting itself.

Hence, intention-setting is a common practice during la dieta and psychedelic retreats in general. Take the time to really reflect on your intentions for joining.

What patterns have ruled your life that you’d like to better understand? What emotional traumas haven’t healed yet? What more do you hope to learn from relationship?

Reflecting, meditating, and writing to oneself about what you hope to see is one of the most powerful practices you can perform during la dieta, both pre and post ceremony.

Remember that ayahuasca remains in your system after your last cup – some people report additional healing and educational experiences during the post-ceremony dieta. Don’t simply plunge back into the “real world;” keep to the reflective aspect of la dieta.

Remember: your attention is the most valuable thing you own: you can use it for healing, insight, and discernment, or others can co-opt it to
instill patterns, change your behavior, or get you to buy their stuff.

Even the “occasional” mindless scroll through social media is disrupting the strength of your self-awareness, shattering your momentum, and weakening your resolve to hold to other dieta practices.

Usually the digital detox is recommended for only a couple of days as most ayahuasqueros know how essential our devices are to daily life.

Opinions tend to vary on the essential nature of la dieta. Materialists who believe that ayahuasca is “just DMT and MAOIs” and assume they fully understand the experience tend to believe la dieta is a waste of time.

Spiritualists may think its essential and potentially dangerous to go against. A balanced approach suggests it’s a good idea to follow the advice of someone whose performed possibly hundreds of ceremonies and is far more informed about the benefits and dangers of la abuela than you are.

And if we can just be truly honest with ourselves, it really does come down to working with craving and addiction. Its uncomfortable and we hate it.

We like gratifying our cravings and it’s easier now than ever before to do so. And yet every tradition on earth recognizes the benefits of abstaining from that which compels and controls us, even for a short while.

So even if you fully disagree with the more esoteric reasons of la dieta, take it as a personal challenge and hold to it.

And be proud of yourself for not only going through one of the most challenging and meaningful moments of your life during the ceremony, but without the crutches we normally use to numb our pain and dis-ease with Life.

Buy Ayahuasca, Ayahuasca treatment for depression, Chemical composition of Ayahuasca, What is Ayahuasca